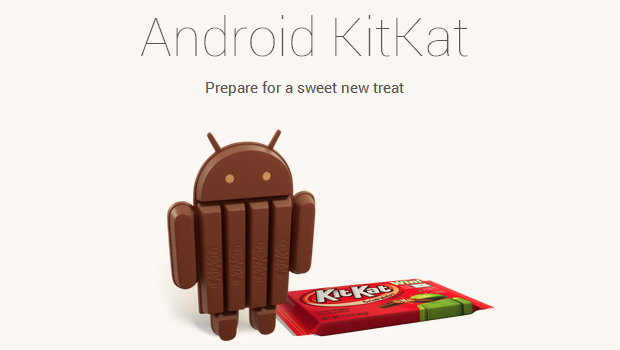 In addition to the many user-facing improvements in the latest incarnation of Android announced yesterday, there are a number of interesting security improvements, which seem to indicate that Google have not totally neglected platform security in this new release. This article will run through what’s new, and what it means for you.

In Android 4.4, SELinux has moved from running in permissive mode (which simply logs failures), into enforcing mode. SELinux, which was introduced in Android 4.3, is a mandatory access control system built into the Linux kernel, in order to help enforce the existing access control rights (i.e. permissions), and to attempt to prevent privilege escalation attacks (i.e. an app trying to gain root access on your device).

The integrated Android keystore provider now includes support for Eliptic Curve signing keys. While Eliptic Curve Cryptography may have received some (unwarranted) bad publicity lately, ECC is a viable form of public key cryptography that can provide a good alternative to RSA and other such algorithms. While asymmetric cryptography will not withstand quantum computing developments, it is good to see that Android 4.4 is introducing more options for developers. For long-term data storage, symmetric encryption remains the best method.

Many corporate IT environments include SSL monitoring software, which adds a Certificate Authority (CA) to your computer and/or browser, to permit the corporate web filtering software to carry out a “man in the middle” attack on your HTTPS sessions for security and monitoring purposes. This has been possible with Android by adding an additional CA key to the device (which permits your company’s gateway server to “pretend” to be any website it chooses). Android 4.4 will warn users if their device has had such a CA certificate added, such that they are aware of the possibility of this happening.

Android 4.4 now compiles with FORTIFY_SOURCE running at level 2, and ensures all C code is compiled with this protection. Code compiled with clang is also covered by this. FORTIFY_SOURCE is a security feature of the compiler, which attempts to identify some buffer overflow opportunities (which can be exploited by malicious software or users to gain arbitrary code execution on a device). While FORTIFY_SOURCE doesn’t eliminate all possibilities of buffer overflows, it certainly is better used than unused, to avoid any obvious oversights when allocating buffers.

It certainly appears that Google have not been resting on their laurels with Android security. This is in addition to the inclusion of dm-verity, which could possibly have serious consequences for people who like to root and modify their devices with locked bootloaders (i.e. which enforce kernel signatures). Via XDA. http://www.xda-developers.com